Time Assured has recently completed the Clock Restoration at the Brough Festival of Britain Clock back to working order. This historic and iconic local landmark was originally manufactured and installed around 60 years ago. The owners, Direct Charcoal Ltd, refurbished the dial a little while ago and they then decided they wanted a working clock rather than a static time piece, albeit it a highly decorative sculpture. 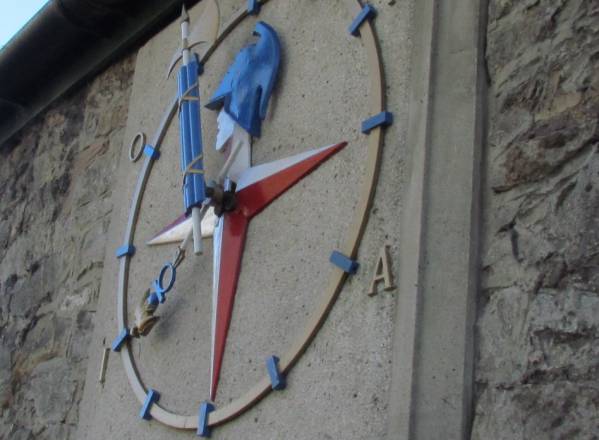 The design of the dial is highly influenced by the themes of Ancient Rome and the Festival of Britain. Surrounding the dial are the letters A N A V I O. This is the old roman name for the village of Brough. The hour hand proudly bears the Roman‘Aquila’ symbol (Golden Eagle) and the minute hand bears the Roman ‘Signum’ or spear symbol, together with further representations depicting an axe and a shield. 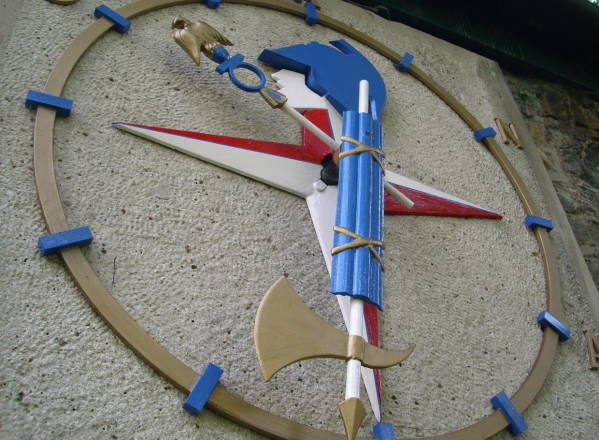 The celebration of the Festival of Britain influence is depicted with a large ‘compass style’ red and white cross with a prominent blue figurehead of Britannia at the top, all located inside the numeral perimeter.

The mechanism itself is a G&F Cope & Co timepiece with three legged gravity escapement and automatic winding. After the clock restoration, it is now ticking away merrily in a busy office much to the delight of its proud and very friendly owners and staff. 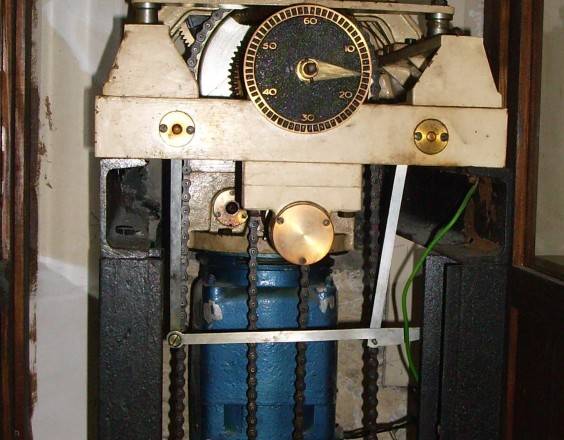