During October we were at Caldecote Hall in Warwickshire. The hall dates back to the Domesday survey of 1086, when its was owned by the Bishop of Chester. It has been through a lot in the intervening years, Owned by Henry VIII, Edward VI and   Charles II.

The hall and its stables have now been converted in luxurious apartments and flats.

We were asked to return the four dials on the turret on the stables to working order. Our customer needed a clock system which could be installed and apart from servicing did not need touching. we suggested a new four way stepper drive unit, which can be connected into the original dial motionworks, also a clock controller which will keep the clocks accurate and change the clocks at the BST and GMT time changes. 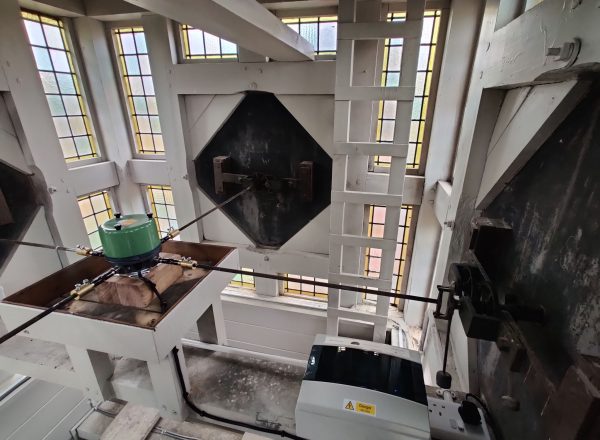